As a less radical version of $1/user license? or at least as a stepping stone towards it, I’m considering the following.

To avoid duplicate issues being created, locking will not be done, only closing.

Freeloaders can still complain and collaborate in the closed issue.

For an override of this behaviour to occur, any active sponsor or maintainer would just have to interact with the issue.

Labels can be applied by the bot such as closed-freeloader or open-supporter, to triage and search issues accordingly.

Anticipated result here is that maintainers will be able to successfully prioritise issues for what issues are funded, and consumers will be able to collectively fund important issues by one or more of the participants of an issue biting the bullet and funding what they consume.

This will provide a lot of data to open source maintainers that can make open source operate with the management tooling of closed source companies. 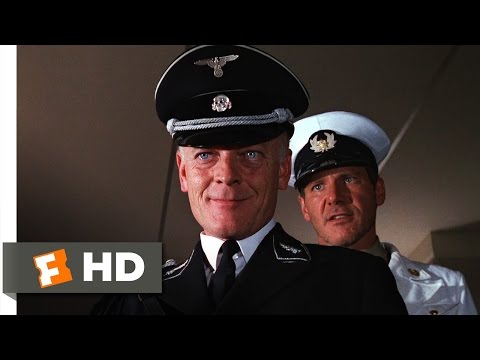 However, I would say that applies more to the linked idea that is grander yet more nebulous:

Good to see IndieCC progressing along. I am wondering about a license platform which requires commercial users to pay $1/user/month via github sponsors, with a npm install script that checks the machine’s git config’s github username property (fallback to the machine’s git config’s email property) against the organisation’s github sponsors, with those who donate more than $1 month able to specify via a custom interface usernames/emails to shout. Machines with no github username config property…

Some feedback from another prolific node.js maintainer.

Using language such as closed-freeloader or open-supporter could be perceived as hostile, combative, line in the sand. Which is fine later once there is force behind the movement. However, it may be detrimental at the start, using non-equivocating but none-hostile terms such as closed-nosponsor and open-sponsor would be better. Depends how important the “any publicity is good publicity” propaganda (aka marketing spin) angle is.

This is probably good advice, combining that with an earlier realisation that most people, especially those high on agreeableness and neuroticism, have an existential issue with perceiving their actions as impure — until exorcism of the false-dichotomy of good vs evil is performed, then it is easier for such people to operate with unresolved cognitive dissonance which protects its wound by blaming discomfort on the messenger, instead of one’s own relationship to that which they perceive as uncomfortable.

However, that contrasts two distinct yet equally effective approaches — a disagreeable and combative calling out of the problem, the elephant in the room, the uncomfortable truth — versus — an agreeable solution of helping a person, on their own pace, come to the realisation on their own terms. The problem with the latter, and the problem with coddling in general, is that fragility may not provide the adversity necessary to prompt the behavioural change necessary for adaption — as explorative qualities, such as low-neuroticism, high-extraversion, moderate-to-high conscientiousness and openness are not universal.

Perhaps different cohorts can take different approaches, or perhaps a big data analysis of the individual in question (big tech companies already know their users big 5 personality traits) could be performed to adapt the approach to the individual — just as we would in real life in peer to peer interactions.

Perhaps the best approach that combines the best of both worlds, in a non-personalised way, is to use the hostile labels to prompt reaction (be it adaption or inquiry or retaliation) while providing a sufficient FAQ / support document, and messaging that is more lubricating to the concerns.

I highly doubt Martin Luther King or Jesus would have inspired anybody if he had to downplay his speeches - yet such leaders have a community of supporters who can address with individualised precision the concerns of others.

I think this is a really interesting idea.

Basically the hypothesis is that users will be prompted to sponsor at the time of attempting to register.

To your point about language — I think a more open language should work.

Thanks for filing an issue. Currently, I only have time to support contributors and sponsors. If you need help with this issue, please consider sponsoring.

An open source friend I once bandied the idea of tagging issues #sponsorneeded, then providing a standard set of legal terms for the sponsorship. That didn’t go anywhere, but we thought a bit about the optics.

Going to start rolling this out this month. Multiple parts in this rollout:

While source code can be replicated abundantly, our time and attention are scarce resources of finite scale, which means that unless time is compensated or contributors become maintainers, then maintainer time becomes over-demanded and under-supplied and the project buckles into a red ocean of infinite regression, colloquially this is called systemic burnout and economically this is called a market crash. To address this, issues here are auto-closed unless they are commented on by an active sponsor or contributor, once they are, then the issue gets automatically reopened. Closing an issue does not lock the issue, free discussion can continue and organic collaboration can still become contributions. What this process does is signal to all parties what the symbiotic market dynamics of open-source are, the need to move us from the legacy unidirectional attention streams that merely drip into the abyss, and move into mutual attention pools that facilitate and support a more equitable and sustainable market for open-source where the aether thrives, marching the frontier of the commons forward once more, heads held high as this time its universally inclusive, where influence and capital are recycled voluntarily in expanded trade to renew the rising tides of participation instead of the monopolising barriers to entry. Please collaborate on a pull request, or sponsor the project for as little as $1/month such that maintainers can afford the attention to assist you, contributors are incentivised to become maintainers, and consumers are incentivised to become contributors, eventually achieving a balanced market where open-source will sustainably and wholeheartedly prosper. Sponsorship includes many extrinsic perks varying on tier, so its not all intrinsic motivation several degrees of separation mumbo jumbo.

That’s a pretty long message. All one ¶?

I think there can be value in playing both hardball and softball.

The impression I get is that the way movements work is that the hardcore people put pressure in society to do something, and then the softcore people provide an easy cop-out to satisfy a significant chunk of the needs, without giving in to the greater demands of the hardcore crowd.

Plus, when bargaining, it always pays to ask for more than what you want, so when the bargaining process drives the price down you still end up somewhere in the ballpark of what you originally wanted.

I don’t think the answer lies in being either strict or soft, but in doing both.
Fight for the ideal, then settle for the realistic.
But use the ideal to create room for better realistic compromises.