BBS The Movie: Make it Pay 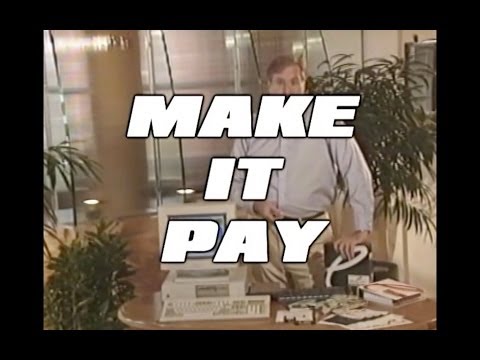 TL;DR: If you want to charge for your software, slap a picture of a naked woman on it.

Just kidding. I’m only 1/3 of the way through and I just had to joke about it.
Will continue watching it later.

Finished the video, and I’ve got some ideas in my mind.

One thing that stood up to me was the ideological resistance to charging money for using a BBS, even though it was obvious that there were significant costs associated with providing the services (such as multiple phone lines, and a 5k computer).

I wasn’t terribly surprised about some users not wanting to pay.
Some of them were probably freeloaders, and some were squeamish about their hobby becoming monetized.

What surprised me was the people running the BBSs not wanting to charge, even as the phone bills kept coming.
Not only that, but seeing the BBSs that were charging growing, doing better, and getting more users; but still refusing to monetize because somehow that would taint their hobby.

I find that fascinating. Now, it’s clear that this was mostly a hobbyist’s industry.
They even talk about how owners of competing BBSs would hang out, and how the competition didn’t get nasty, and how you could get crushed by someone else’s BBS, and still go out and have a beer with them.

I also find it fascinating that charging $$$ was the best decision anybody could have made.
It didn’t make the BBS less competitive (due to the price tag), but rather more competitive.
What killed the industry was the Internet, not any consequences to the shift to monetization.

I wish I could extract some lessons I could apply to the current state of open-source supremacy in the software industry, but the circumstances are so different that no obvious lessons stand out to me.

But it sure is food for thought, and has a somewhat hopeful message.
The idea that free is always more attractive may sound like an obvious truism, but it’s not always the case.
And in some cases, a price tag can be the best feature.

Just create a hot anime girl as your library’s mascot.

Bonus points if it’s a furry