Blog: It's a Trap

Anybody here know the Image Comics story better than I do?

When there’s more than one way to get where you want to go, try not to pick the route littered with land mines by your enemies.

I’ve lost count of how many clients have come to me wanting to form a cooperative, and went away disappointed, but well advised, to form an LLC or even a corporation with cooperative rules, rather than a co-op qua co-op under state laws ideally suited to grain elevators.

Is this because there are no good clear laws that support cooperative initiatives?

Is this because there are no good clear laws that support cooperative initiatives?

Big topic. But in a few bullet points:

There’s a movement in the United States to get a new model cooperative law adopted in all the states. But it’s still in early days, and I’m not yet convinced that well advised co-ops would rush to use the new uniform law once enacted. There are some potential tax advantages, for certain kinds of co-ops. But overall, it feels more like a bid for official recognition of the reviving co-op movement than a legislative project of encouraging or subsidizing that form of organization.

This plays a significance in investments world.

Corporation laws and especially limited liability company laws afford so much flexibility that it’s perfectly possible to build a governance structure along cooperative principles on those “platforms”.

I have never seen example of what you are describing. Then again I am no lawyer and have seen only a handful of bylaws from various technology consultancy cooperatives.

There’s a movement in the United States to get a new model cooperative law adopted in all the states.

Fascinating! Any sources where I could find more information?

Then again I am no lawyer and have seen only a handful of bylaws from various technology consultancy cooperatives.

Fascinating! Any sources where I could find more information? 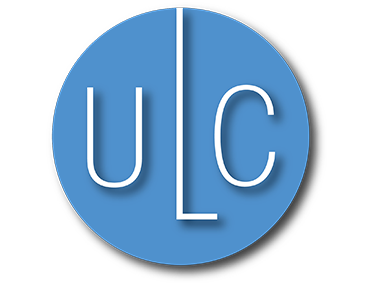 I know i’m essentially necro-ing an older thread, however…

This is perfect encapsulation of what Unger described as the deliberate corporatisation of collective endeavours. It stinks, and unless and until concrete actions are taken to resist it, to create pools of service providers who can effectively undermine the status quo, it will continue to stink.

There’s no reason that a collective qua collective should have to create a board of directors, file returns to some board of corporate inspectors, file tax returns et al, other than that the laws have been deliberately designed to force them into that position.

This isn’t a problem peculiar to the USA, however, the EU is particularly enthusiastic about corporatising every field of human activity.

There’s no reason that a collective qua collective should have to create a board of directors, file returns to some board of corporate inspectors, file tax returns et al, other than that the laws have been deliberately designed to force them into that position.

At least here in the United States, they don’t have to. It’s perfectly possible to carry on a project or business without forming a formal legal entity. Just carrying on a relationship to do trade or business automatically creates a “partnership” automatically under our law. So-called “unincorporated associations” can and do get tax exemption as 501©(3) charities.

The trouble is we lawyers strongly recommend against those approaches most of the time, because they don’t provide the protection that legal entities like corporations or LLCs do. When you work as an individual, a partner, or an associate of an unincorporated group, people can come after you personally for debts of the group as a whole. So if someone gets hurt on the job, or hurts somebody else, perhaps in an accident, the person can sue and come after your personal assets, not just those of the group.

When we do form legal entities for collectives or similar groups, we often make limited liability companies, rather than corporations, precisely because they offer more flexibility to avoid the formalities of board meetings and the like. Corporations are more prescriptive in that way. But there’s nothing to stop a corporation from setting itself so that, for example, all members are board members, board members get one vote apiece, and the rules for joining and leaving the board are the same as joining and leaving the collective.

When it comes to tax, those are obligations on everyone. You may not have to file a return for your group, if it’s treated as a “pass through” for tax purposes. But you still have to file individually. Income, investments, assets, and the like have to be reported somewhere. Organizations exempt from tax also have to file their own forms—IRS Form 990 here in the USA—albeit much simpler ones.

I agree with everything you’ve said here about debts, liability and so forth. Yes, these are all required in the present system.

The point, rather, is that the system is broken, and always acts to reinforce its own position. This being precisely what Unger and the CLS people set out.

I think the fuzziness of “the system” and “corporatization” are getting us in trouble here.

Legal structures that shield individual participants from risk are hundreds and hundreds of years old. So are legal structures that entail some manner of democratic or parliamentary governance. Likewise income and profit taxation. And none of them have remained fixed in time. They’ve all evolved, and remain very malleable. Which makes it difficult to argue that they embody any particular politics or vision of organization. These structures aren’t “natural” for many interesting definitions of that term. No more than hammers or screws or wheels or woven baskets are.

We malign “corporations”, but that’s merely shorthand for very large publicly notable ones, controlled by shareholders, managed in a hierarchical style, evading taxes and regulations in certain ways, affecting politics in others, and so on. None of that flows inexorably from the choice to form a legal corporation.

As for projects, I’ve found I really have to pay attention case by case. Sometimes “that project got totally corporatized” really just means somebody finally stepped up and organized a group to make a project useful outside the clique where it was born. Sometimes those groups see to the creators, and sometimes they don’t. That’s where I see the meaningful difference.

One of the best defenses I bring up to those I advise is doing this preemptively. Having a company that other companies can work with, in addition to a project that other programmers can work with, has a way of getting ahead of sharks who may or may not take care of you and your project when they get involved. Setting something up beforehand, especially if it combines the creators, ongoing technical leadership, decisions about business, and control over the identity of the project under one banner, has a way or warding off free riders. Some things can’t be bought. It helps to hold all those cards, even if your plan isn’t to maximize short-term financial profit.

Hey Ken, and I agree, the terms are non-useful.

Stipulating all of the above, I don’t think the malleability of “the corporation” answers the charge of the Critical Legal Studies movement: that the law tends to prioritize the interests of the “status quo” over the interests and, indeed, the needs of the masses.

I think this would end up being a mahoosive trip into the weeds of Jurisprudence and Marxist legal theory, however, so I don’t intend to pursue the matter any further, save to say:-

Yes, the advice you give and the logic of why you give it is absolutely correct. However, that this is beneficial to society is debatable.