I won't let you pay me for my open source 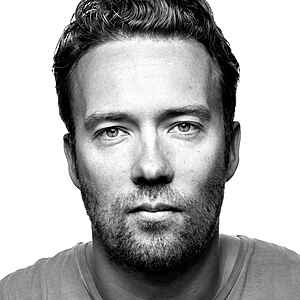 I won't let you pay me for my open source

In Debt: The First 5,000 Years, anthropologist David Graeber explores the fascinating history of debt and economies. It starts out by debunking the common myth that prior to coinage, everyone were trapped in this inefficient mode of barter. If you...

The magic of software is that there is virtually no marginal cost! That’s the economic reality that Gates used to build Microsoft’s empire. And what enabled Stallman to “give away” his free software (albeit with strings attached). The freeloaders are free! There is no practical scarcity to worry about.

And basically all the other things that take people time. The freeloaders are those that don’t spend time also giving back in any of those ways.

Yes — the source code at any point in time has no marginal cost.

And all the appeals to tragedy of the commons could be seen as being solved by gating access to the benefits that I’ve listed above, to contributors.

The idea that FOSS doesn’t have marginal costs has never made any sense.

If I write a library for personal use, and then upload it to GitHub mainly just to use GitHub as a personal code repository (albeit with the code being public), then what I have is a poor excuse for FOSS.
No documentation (I have the code in my head, after all), no onboarding to potential new users (I expect to be the only user), no tests beyond anything necessary to convince myself that it works.

The marginal cost of software lies in all the effort necessary to make a FOSS project something that people other than the author can use.

Ruby on Rails has plenty of such work, and yet this dumb myth persists that FOSS (or software in general) has no marginal cost.

Without effort, the FOSS world would only be a collection of public repos that nobody but the authors ever gets to use, because of under-documentation and lack of features and bug-fixes relevant to people other than the authors.

And the idea that the effort necessary to make FOSS usable by others shouldn’t be compensated because it’s a “gift” is absurd.

This is my go-to link for the phenomenon of people wanting to keep open pure and separate from business as usual.

DHH had a bigger influence on me than I’ll probably ever be comfortable admitting. I don’t know him personally, but definitely respect the figure he represents to me.

My own career story probably lends itself toward agreeing with this perspective pretty broadly. It was getting to know and trying to help folks with other experiences that turned my view another way.

My story is similar to the one @kemitchell mentions, but in my case it was experience with the crowdsourced portal I created that changed my perspective. When the size of the “crowd” that sourced the content turned to be a tiny fraction of the site visitors I decided to do what @boris suggests:

And all the appeals to tragedy of the commons could be seen as being solved by gating access to the benefits that I’ve listed above, to contributors.

The way I implemented the idea is by allowing visitors to the mentioned portal access its content by paying a community currency that anybody can earn for any volunteer work. This required creation of a new type of community economic system. The Current activities section of the cited link provides more detail how this is accomplished.

By the way, I believe this is in line with the recommendation that Nathan Schneider gives in his The Tyranny of openness: what happened to peer production? paper:

Rather than continually adding restrictions, peer production licensing regimes might be rethought from the ground up to cultivate a deeper reciprocity. Perhaps, to begin with, the focus on intellectual-property licensing is an inadequate frame, and peer producers should turn toward other techniques. That is, if peer production is to displace the firm as the dominant mode of organizing production, it should have the capacity to offer a parallel economy and a parallel ethics. Licenses alone are probably inadequate to the task.

I got the link to this paper from a post @trivigy brought up. Thank you for that.

Really? I got about 2/3rds of the way thru and realized that there is (roughly) an unforced error in almost every other paragraph and just gave up reading it. It’s a shocking indictment of the lack of basic economic education driving the OSS culture movement. Really shocking… and no doubt convenient for those companies that benefit the most from this truly awful state of affairs.

Economists use the properties of rivalry and excludability to classify goods into four types—private goods, toll goods, common pool goods, and public goods. The unique combination of rivalry and
excludability for each type of good creates specific issues with their management.

DHH draws in all kinds of references and material here simply to illustrate a wide range of unreliable assumptions opinions… and so I read it like this: