An iceberg is “open source project”

Another iceberg is “open source contributor”

Open source developers on the sea are only a small part of the open source community. They have indeed made great contributions, so they enjoy the “gift culture”. The contribution of under sea developers has even been ignored, and the respect of the community has almost nothing to do with them.

Welcome to the forum, @roy!

Now we often say: software devours the world, and open source devours software. But why should we say: cloud computing devours open source?

Cloud computing uses open source to make money, but does not allocate profits to open source.

Open source generates trillions of dollars of revenue for the world every year, But the open source community has not received equal returns.

I think the economic value FOSS generates is huge, but trillions of $ sounds unbelievable. Just curious - if it wasn’t an intentional hyperbole - could you share sources for that info?

A research I am familiar with (over 10 years old now) [1] estimates the value of all volunteer work to be slightly larger than 1 trillion USD.

I’m exaggerating. Someone made a conservative estimate 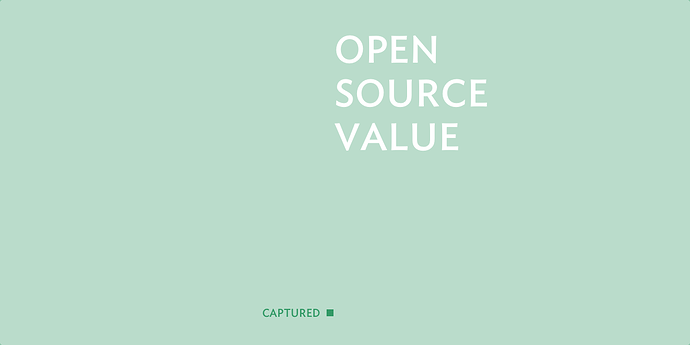 Open Source Captures 0.02% of the Value it Creates

Thanks for the medium link.

Looking forward to see your ideas.