On Apps and Coffee – iA Writer 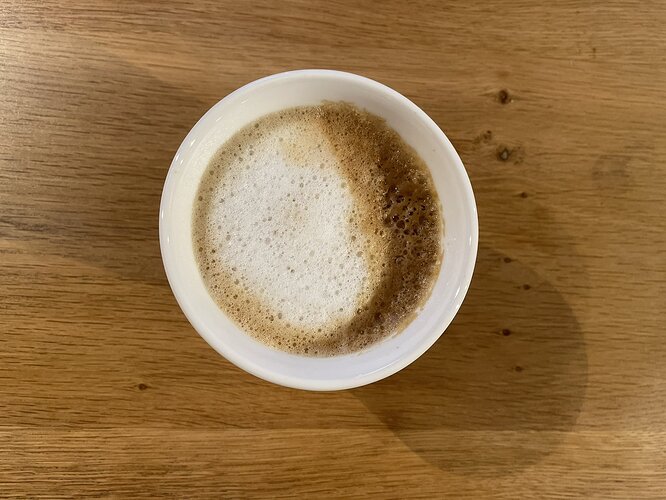 On Apps and Coffee – iA

No matter how many times developers compare their apps to coffee… apps are not coffee. The question is not: How many coffees does an app cost? It’s: How many apps does a coffee cost? And the answer is: Apps are not coffee but coffee machines.

I’ve used iawriter. Especially when I’ve been hurt and had to do all my computing on tablet,

Yep. It’s got Micropub support with <Micro.blog> support out of the box.

Making copies of bits is free. Long term maintenance and feature additions is what costs.

This resonated a lot with the idea that you should just ignore free, cheap, and whiny mass customers and focus on those who actually care and pay accordingly. What’s that company that makes the really pricey structured note taking app for Mac?

If I recall correctly, when the Michelin company started producing guidebooks to cool places to visit in order to encourage people to go there, thereby consuming their tires faster, thereby increasing consumption of tires; the guidebooks were originally given away for free in the hopes of gaining mass adoption.

They achieved their goal, but later realized that people didn’t take the guidebooks seriously.

They concluded that the fact that the guidebooks were free meant people didn’t care about them. Basically, people don’t respect that which has no cost.

So Michelin started charging for the guidebooks, just to kind convince people to actually take them seriously.

This resonated a lot with the idea that you should just ignore free, cheap, and whiny mass customers and focus on those who actually care and pay accordingly.

If a user cannot respect your work, then you are better off without that user.

Every customer has an associated cost for a business, in terms of support, sales, etc.
This is specially true in software, where we have to deal with bug reports, features suggested by others, or maybe modifying the software to cater to the special needs of some users.

Every user that does not contribute to your bottom line, is not only doing you a disservice, but also harming other users; because every hour spent helping them is an hour you didn’t spend on the others.

It amazes me that programmers are dead-set against doing things that the business world regards as common sense.

My best customers are the ones I don’t charge but pay me anyway… my worst customers are those that pay me the earth but constantly whine about things not being done. I’ve been in software for about 15 years now and that hasn’t changed.

Good business for me is all about good social relations and those relations are severely compromised by financial considerations. Always. Always.

My best paying customers are also the most considerate at the moment. Several years back, the opposite was true.

My experience so far has been that the cheapest customers tend to be the meanest, and the higher the pay, the better the manners.

My hypothesis was that when somebody pays you well, it’s because they value your services, and somebody who values your services is unlikely to be a pain in the butt.

But seeing how we have such varying experiences, I guess my hypothesis may be short-sighted.

“Best paying” isn’t necessarily equivalent to “best customers” or “highest paying” though eh? Er… @Lux what I am saying is customers who maintain open and trusting relationships with me tend to pay me promptly and fairly and are very easy to work with and expect me to charge them maybe $50-100 an hour. Work like that is cool. Customers that do not have that kind of rel. are fine with paying me more, but they are unreasonably demanding, ruthless and cynical jerks mostly that make work a pain in the arse. The promptness of payments doesn’t seem to me to be related to the value of the contract… that behaviour seems to be contingent on many shadowy factors? … ‘culture’ /norms and learned practices within the firm if you will…

Paying well and paying on time are just more parts of treating someone well.

The best information I ever received was shockingly painless and totally intuitive: Look at the whole, don’t let low or late pay compromise your work relationships.

There are good companies doing good work with good people who pay on time and pay well that are still screwing everyone, and our planet over and over because that’s exactly how they get their social license to operate, by appearing benign along a range of objective factors. Like you said, ‘Paying well and paying on time are just more parts of treating someone well’, the problem is if you are seeing working relationships as merely the sum of a number of dicrete, objectively measurable parts, something real important evades that analysis.

What is it? It’s not a quantitative thing… it can’t be measured… I maybe get three calls a day asking me if I’d be interested in such and such project. Mostly, I say ‘no’.

My criteria is VERY simple. If the project is about solving a problem then I’ll then take a look at the factors we both agree are important. If the project is creatinga new problem… like accumulation of private capital and enriching folk that don’t deserve further enrichment then I’ll decline.

That in itself cuts out maybe 90% of work related stress for me. I can deal with taking a pay cut, or delayed payments and so on if I know I am solvinga problem for someone, I mean a real problem, not just another enrichment opportunity.

As it turns out, this turns out very much like your advice… people who really need to solve a problem tend to be good people/good payers and so on… but I wanted to insert a rationale that supervenes on the rationale you gave… it’s not like I am disagreeing with you, it’s just it doesn’t always infer what you seem to imply in my opinion. Thanks.