Open Source for Everyone 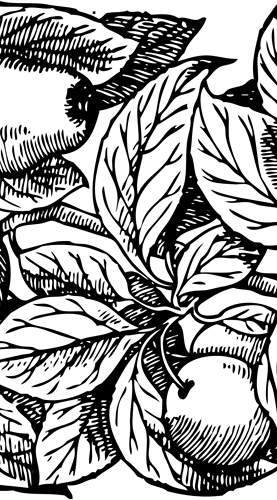 Open Source for Everyone

Applying what we've learned from software to the world at large.

Read the whole thing. I have quoted it extensively below:

It is important to note that this is not the definition for ‘open source’. There is no central authority for the term, so there is no official definition. No one can claim to own the term ‘open source’, just like no one can lay a claim to words like ‘swimming pool’ and ‘computer’.

if we stop innovating on open source licenses now we’ll be doing ourselves a great disservice. OSI and FSF are both winners. Both can point to multi-billion dollar industries built around the principles and foundations they have set forth.

Making the rich even richer was definitely not part of the original ethos of the open source movement.

We will know our movement is succeeding if we are contributing to privileged wealth being more widely and equitably distributed. We will know we have failed if the status quo remains unchanged, and the powers that be remain comfortably seated.

We need to get our hands dirty and re-imagine our open licenses for a world where technology does not exist in a vacuum.

Technology is not neutral. Nor is open source. The very act of releasing a collection of source code into The Commons under a particular license is undoubtedly political.

The radicals say “we need as many well-written open licenses as we can possibly get our hands on!” .

Count me in on Team Radical.

Being open source means that the code is available for view and editing, and may be copied, repurposed and shared with others under certain conditions.

There’s a bunch of stuff about openness and vulnerability, of person’s and companies. I think this next bit is a process, not an end state we find ourselves in. And, openness == competitive advantage? Not sure:

modern companies are finding ways to incorporate their openness into their holistic business model. They’ve devised ways to turn openness into a competitive advantage.

@erlend_sh can I help you migrate to Ghost instead of Substack and buy you a domain name?

Happy to become a paying member / help donate to an Open Collective to help cover costs.

Free and open source software is increasingly dominant on the world wide web, but closed software still rules supreme on all the devices in our homes. That’s because it’s incredibly hard to commercialize free software that just lives on your device, rather than in some server you need to connect to.

I think there are more compelling explanations why this is the situation. The early corporate strategy of Apple, Microsoft and Google for example was unashamedly about the retail market, not infrastructure is perhaps one of the more obvious factors.

the Linux Foundation and the WordPress Foundation, both of which are comprised of large consortiums of companies with common interests.

Not quite. I would say they are consortiums of large companies whose only common interest is a concerted effort to crystalize monopoly and censorship

An unprecedented feat of global collaboration in service of a shared commons.

At its very best, open source is unconditional love

In any case, elsewhere the author clearly implies the need for additional restraints… the paradox of discrimination and so forth. Open Source is of course entirely conditional on politics. This much the author already shows and tells us, such is the rancour reflected in the outbound links from that work.

Thanks for posting this here.

There’s a lot in the post! Too much to respond to at once.

What jumped out at me most was the theme of relationships to things, rather than to people. The “commons” is a “big, bottomless bag of things in the world that we all have equal ownership of”. And it is the commons that receives love, appreciation, and belonging, not the group of people nearby, trying to get along, using a commons among other tools. Our relationship to things is chiefly ownership or non-ownership, a matter of dominion and control. Not appreciation or mastery or stewardship.

There was a time in my life when I really believed I’d figure it all out in computing, from the hardware up. That I’d read enough animal books and manual pages and become the 21st century version of a master woodsman or survivalist who can drop naked into the wilderness and survive indefinitely on his knowledge, skill, and ever more impressive handicrafts of trees, rocks, and mud.

Either vision makes a very narrow, solitary life. I think, like most people, that I’d prefer to rely on goods and services from others who really care about them, really master them, really look after producing and teaching them responsibly. I’d rather have those trust and respect relationships than source code and a sense that it’s every bipedal hominid for themself. In any event, there’s just too much out there going into my life for me to ever really DIY it all. I see that now.

I’ve also come around to seeing ownership, and especially ownership in common with others, as a really ill-fitting, drastic way to think about most things. I suppose I own, say, the giant redwoods in my local public parks just as much as anyone else. But I don’t understand them like the park rangers or naturalists do. I don’t know how to care for them when they need care, or even really how to appreciate them at any deep level. I can’t even tell you most of their names by sight. They’re not mine in any real sense, like a disposable pen or a roll of paper towels. Nor should they be. But I can go to visit the trees, and maybe learn a bit, like anyone else.

I agree that making more source code available is a really important start, even if the license isn’t great, or there isn’t any license at all. I’ve benefited in the past from reading others’ code, and I know that’s a great opportunity for others, too. But I also know firsthand how working in public totally changes the experience for the developer, too. How the social elements of that process, thin as they may be, contributes to a feeling of responsibility and mastery of a problem for others. How the transparency of it all leads to higher standards, like running, training, or playing sports with a friend.

If you can see the kitchen from your seat in the restaurant, it’s unlikely they’ll feed you processed trash. The best magicians I know, Penn and Teller, show how their tricks are done. There is both something honest and something elevating about showing our work. I’d like to live in a world where more of us show ourselves in what we do, rather than hiding behind the “things” we turn out. I’d like to know who I depend on, and not just on what.

Yes. I think conventional theories in political science around ‘things’ are pretty clear cut… Either we plump for the contradictions of a mythical market-equilibrium based on the also contradictory concept of ‘rational self-interest’, or we are motivated by some new-fangled, institutional governance model dancing around Ostrom’s Law. What seems to be missing from this high-level/meta choice architecture in politics is a riff on how to ‘bring people back in’… now that would be a repo worth committing to.

I think, like most people, that I’d prefer to rely on goods and services from others who really care about them, really master them, really look after producing and teaching them responsibly.

The Commons is people

If you can see the kitchen from your seat in the restaurant, it’s unlikely they’ll feed you processed trash.

I like this phrase, but it’s not quite right. If you see the kitchen, you feel comfortable paying because you can see it’s not trash. Or, you can see that the dishes are piling up or that someone on the other end of the counter has an empty coffee cup, and you pitch in to help out.

Not sure why Erlend included the WordPress Foundation … it’s really just the piggy bank for WordPress community stuff / holder of trademarks. There are no companies that participate in the foundation in any way that I know of.

Agreed on your take on LF.

At its very best, open source is unconditional love

I quite like Erlend’s simple “large tent” definition of open source, BTW, I’m just making fun contrasting it with this unconditional love statement.

Yeah, that’s important. And underappreciated here, with folks for whom that convo’s been ongoing for a while.

Sometimes I go back and read this post for a laugh. I was starting to reconsider some of what I thought I knew, but hadn’t got very far!

I Don’t Want to Know What “Open Source” Means

Is a million repositories without LICENSE files a movement, or some combination of laziness and not knowing LICENSE is a thing?

90% of what passes as living in the world can be reliably attributed to the confluence of large-scale inhibition and ignorance. Freedom and insight are as hard as hell to win, and just as hard to maintain IMO.